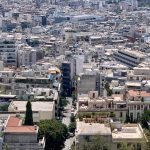 We last week wrote of unconfirmed reports in Philenews indicating Greece’s new center-right government planned to open a citizenship by investment program. Yesterday, another two major English-language newspapers in the country published stories on the matter – Ekathimirini and Greek Reporter – again without citing any sources.

All reports so far point to plans of a Greek CIP that, by virtue of its investment requirements, would compete directly with that of Cyprus:

As with the Cypriot CIP, investors applying to obtain citizenship in Greece would need to hold a permanent residence permit first. In another parallel to Cyprus, the government is reportedly self-imposing a limit of 200 applications.

“Furthermore,” writes Ekathimirini, “the government is also examining the prospect of offering incentives to individuals and legal entities to choose Greece as the place where their income will be taxed.”