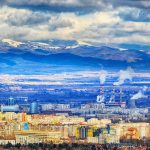 The Bulgarian State Agency for National Security and Prosecutor General have recently published statements about their investigation into violations of Bulgarian CBI law and proposed the removal of citizenship from several individuals granted citizenship on the CBI basis.

Seen properly, this is a welcome announcement:

In general, naturalized Bulgarians may have their citizenship revoked in several ways, including:

Immigrant investors are required to maintain the investment, regardless of whether the investor chooses the Standard Track (~six years and one tranche of ~ €513,000) or the Fast Track (~two years and two tranches, each of ~ €513,000), throughout the entire process of application. Fast track investors are required to maintain an eligible investment for an extra two years after grant.

Based on the information published, the three individuals whose citizenship has most recently been proposed for removal are said to have failed to maintain their investments at two relevant time points: at the date on which they were recommended and would have otherwise qualified and throughout the two-year period that followed (which applied to them as fast-track applicants).

At the same time, these individuals are three out of more than a hundred who have received approvals from the Bulgarian Ministry of Justice for naturalization on a CBI basis since 2018. These investors would have opportunities to make representations to the authorities and may indeed be making such if they have grounds for doubt that the findings are either substantively or procedurally incorrect.

If the investments were not maintained, it is possible that the investors were not well-advised on their obligations. It is also vitally important for investors wishing to avoid the opprobrium involved in being suspected of such violations – and the frustrations involved in the loss of citizenship – to be advised by professionals including lawyers whom they have independently retained.

If an investor does not have a clear control over their investment or does not understand in detail how the investment is structured, there is a heightened risk that their investment may either not be made properly, or terminated prematurely exposing them to the above difficulties.

As professionals who adhere to high standards and have considerable experience in immigration and nationality matters, NBLO welcomes the news that the Government of Bulgaria is policing its CBI scheme to ensure that it is maintained beyond reproach.